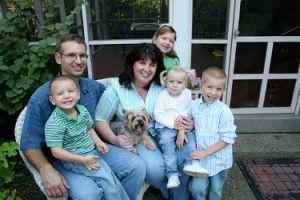 Our journey with Signature One began on Mother’s Day of 2007.  I remember it so clearly. My husband leaned over to me and said, “I think we should call Jane Hayes and list our house. Happy Mother’s Day.”  We called Jane that very minute and started the process.  You see, we had outgrown our present house and our oldest child was about to start kindergarten.  We needed more space and desired to move to Oldham County.

The thought of moving seemed overwhelming at first.  How would we possibly be organized enough to get our house ready to sell, find a new house, and take care of our family which included four kids under the age of six and three dogs?  Well, Team Jane Hayes helped us with every challenge and victory.

Jane and Kim took us to see several properties within the first week.  Most of the time, we had all four of our children with us, so that made the tours very interesting.  We actually decided on a house that was “for sale by owner”.  We walked in the door and immediately knew that this house was the one.  Even the decorating reflected our style.  The entire Signature One team helped us with all of the details when making the offer and the later inspections.

Once we had an accepted contract on our new house, we listed our house with Signature One.  Amazingly enough, our neighbors were also about to list their house.  We suggested Jane’s team because we had used them in the past and were very satisfied.  They also listed with Signature One.  With the help of an amazing virtual tour and great description on the MLS, our house sold in five weeks (as did the house across the street).  While our house was on the market, there were at least eight showings every week, and we received feedback from those showings daily.  We also spoke with members of the Signature One team frequently. 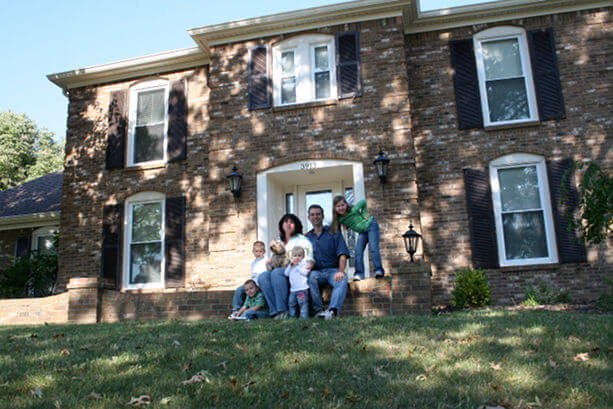 Jane and Kim were so helpful with listing our house, buying the other house, and representing us at the closing.  But, we would be remiss if we didn’t mention the role that Steve Underwood played.  He walked us through the inspections on our house and on the new house.  He recommended contractors to help with repairs and even did some of the work himself.  Steve was an invaluable tool in this process.

So, now it has been well over a year since we moved into our new house in Oldham County.  We love it.  Looking back, we know that it was through God’s grace and providence that we found our house and sold our other house so easily.  But, God definitely worked through Signature One Realty.  We have now used them to sell two houses, and buy our present house.   We have since recommended Jane Hayes to friends, and Jane sold their house in less than four weeks.  Our family highly and enthusiastically recommends Jane and her team to you.